Spain takes up the bigger part of the Iberian peninsula, located in the southwest of Europe. With a surface of 505.955 square kilometres, the country is the third biggest in the European continent after Russia and France. The bigger part of this surface area (493.484 km2) belongs to the peninsula and added to this should be the Balearic islands in the east (4.992 km2), and the Canary Islands (7,447 km2). The Canary Islands are located more than a thousand kilometres away from the most southern point of the peninsula, across from the African coast. Additionally, Ceuta and Melilla, two cities in the north belong to Spain as well.

Within the European continent, the  Iberian peninsula is the closest to Africa, and it is only separated by a mere 14 kilometres. From the Atlantic ocean, the country is pointed toward America, which contributes to its special strategic worth. This occurrence explains why Spain has been a fundamental meeting point in the history of many cultures and civilisations. In conclusion, the country is part of the Peninsular south of Europa, and in particular, the area surrounding the Mediterranean sea.

The wide cultural variety of Spain and its great contrasts in geography, climate and landscapes are expressed in each of the regions inside the country. These regions unite in their communal characteristics with an eye on tourism. For example, through their unity, Green Spain was brought to life with the combined efforts of  Galicia, Asturias, Cantabria and the Basque Country. Within this concept, attention is brought to Spain’s landscapes, climate, gastronomy, touristic attractions, beaches, mountains, sports, and tourism in the countryside.
The regions that have been developed the most concerning the sun- and beach tourism, are the Valencian community, Andalusia, and Catalonia, which all have a high quality and varied infrastructure.

The entirety of Spain, including its government, speaks Spanish. Catalan in Catalonia, Galician in Galicia, Basque in the Basque Country and Valencian in the Valencian Community are the other languages spoken in Spain.

Spain is a country that has a great many contradictions and differences in nature, climate, culture, and the general way of life. These differences are expressed in the landscapes that, in the eyes of a traveller, change fast and in its entirety.
The green Spain
In the north, on which is almost an extension of the French countryside lies the region Basque. Basque enjoys many green meadows, farms in-between mountains, beaches, and fishers harbours which encompass the atmosphere and culture of the old days. The coast of Cantabria has an almost identical feel to it, though it provides an overwhelming and majestic contrast in the Pico’s, a mountain range that stretches across Cantabria and Astoria. This all, while down by the coast the elegant cities and harmonious beaches create a view with beautiful nature surrounding it.
Galicia, in the northwest, has all the essentials of a steep coastal landscape. It has hills decorated with folk art (hórreos) and river mouths from which the see enters the inland up till the cities.
Sea and mountains in perfect unity, a rich and varied folds architecture, coastal cities and a tropical climate that keeps the entire area green, are some of the most important specialities of this region.
The inland of the peninsula
A highland, the Meseta Central, takes over the entire central part of the Iberic peninsula in which one of the most expressive and varied landscapes in the entirety of Spain can be found. The middle separates a mountain range in two physically and historically well-defined areas. Through Castalia, nowadays divided into the regions Castalia Y  León, Castilla-La Mancha, and La Rioja, this vast expanse of highland offers a landscape with an open horizon above grain fields, valleys and the tiniest villages imaginable. Together, they harbour a great history of cities containing important artefacts, monuments, and art.

From the Pyrenees up to Andalusia, the Mediterranean coast has a variety of sandy plains (Valenciana Albufera, and Mar Menor in Murcia) and steep coastal areas (Costa Brava) with a landscape that occasionally showcases cliffs with coves next to small fishers villages.
Farms and vine tendrils dominate the landscape that becomes decorated with colourful almond, orange, and lemon trees when one travels inland toward the south. Meanwhile, at the same time, the coastlines become softer with white sandy beaches.
When the coastline reaches Andalusia through olive gardens and wetlands, the landscape becomes lighter and bright white villages and beaches appear in growing numbers. The mountains (Alpujarras, Sierra Nevada) form an impressive contrast against the desert-like dunes of Almeria and create an extremely beautiful and varied landscape.
Ceuta and Melilla on the African continent are two friendly and entertaining cities. Toward the south are the Canary Islands which offer some spectacular volcanic nature sceneries, touristic friendly areas and some extremely expressive landscapes.
The folk architecture can be found in a variety of ways throughout the entirety of Spain, including the caserío, masía, Casona, Cortijo, Pazo, Barraca and an identical amount of personalised ones. These folk architectures can be seen as a determinative and differentiating element of the regions.

The sun and Beaches

The Spanish coast, with a length of over 4.000 kilometres, exudes a unique whole along the edge of the Mediterranean sea (in the east and the south) the Cantabrian sea (in the north) and the Atlantic Ocean (in the west and the south). With over three hundred sunny days per year and a mellow climate between the 18 and 30 degrees Celsius, the beaches of Spain are visited by millions of tourists from all over the world each year.
Along the Mediterranean sea, ”our sea”, the Costa Brava exhibits a landscape with its personality of steep coastal areas decorated with gorgeous coves and broad beaches.
Toward the south, along a coastline that has received many meaningful nicknames such as the Golden Coast, Orange-blossom coast, coast of Valencia, the White coast or the Warm coast, stretches a calm sea up until the gold-coloured beaches of nearby cities and touristic hotspots.
The Costa Tropical and the Costa del Sol in Andalusia form two of the most loved destinations of the sun- and beach tourism. The coasts of Granada and Marbella, the capital of Malaga, pull in a spectacular amount of visitors too. Tourists are attracted to these areas because of the beaches, nightlife, shops, and the presence of many celebrities from all over the world.
The Street of Gibraltar in front of the African Coast creates a link between the Mediterranean sea and the Atlantic Ocean. In this area, the Andalusian coast near Cádiz and Huelva has its characteristics and creates up to Ayamonte, near the border of Portugal, the Costa de la Luz. The Atlantic Ocean continues to the northwest up to the borders of Galicia, forming spectacular landscapes of steep coastal areas, portraying small beaches and coves where the sea enters the country, thus forming a beautiful landscape. The entirety of the Galician coast, with a slightly more moist climate then elsewhere in the country, is an extremely popular holiday destination in the summer period.

One of the most attractive aspects of Spain is, without doubt, its cuisine, one of the best in the world mostly because of the quality and variety of the products used. Actually, one should not call it the Spanish kitchen, but rather talk about varied regional gastronomy influenced by the climate and the native ways of life of each region individually. The Spanish gastronomy differentiates itself by using olive oil as a replacement for vegetable fats, lard and animals fats. Additionally, the Spanish set themselves apart by using a great variety of fruits and vegetables influenced by the Arabic cultures and other elements such as the potato and the tomato originated from America.
Moreover, the big maturation of the Spanish cuisine in the past decennia is to be led back to the growth of important chefs which have reinvented traditional dishes and recipes. This new way of looking at the Spanish cuisine balanced with the modern way of life has given the Spanish gastronomy a new dimension in presentation and taste.

Dining is one of the most enjoyed daily rituals in Spain. The varied gastronomy, together with the enjoyment of the Spanish in their culture of eating together affects that in the big cities as well as the small regional villages eateries are plentiful. From traditional homemade meals to the most famous restaurants with five forks (the highest-ranking from one to five), anyone can find their combination of price and quality in agreement with personal tastes and preferences.
Mealtimes of any meal during the day are often around one and a half-hour later than the regular European standard times, however,  the extended opening hours of restaurants in Spain allow customers to keep to their habits. The menu including prices is often displayed at the front of the restaurant, which most often includes a daily menu for a discounted price as well. Service is included in the price of the food, although usually between five and ten per cent of the receipt is tipped as a gratuity for services done. Most of the restaurants are closed at least one day of the week (Sunday or Monday), although there is a generous amount of eateries that are still open every day of the week at any time.

Wine is a fundamental part of every regional cuisine in Spain. The Romans spread the art of viticulture throughout Spain, thus creating one of the grandest vine producing countries while at the same time making sure that the country was recognised for its high-quality wines. Wines which nowadays have to uphold strict quality control measurements varied throughout over sixty different wine-producing regions.
Below is the Rioja wine, which has received one of the most prestigious international recognition due to its aroma and rich taste. Other recognised ‘appellations’ are the Ribera del Duero, Penedés and La Mancha which all have grown in quality in the past few years. The vino de Jerez, a sherry, is an Andalusian wine with an important international image, especially in Anglo-Saxon countries which recognises a variety of sherries (Fino, Manzanilla, Amontillado, Dulce and Oloroso) with many different flavour profiles.
The Spanish Cava or Champagne-like sparkling wines have as most important production centre the Catalonian Penedes region. However, the production has been expanded over the past few years to include regions such as Castalia as well.
The beer is a beverage that is consumed at a large scale in Spain, most often it is served as aperitif outside the regular meals to accompany the much-admired tapas in cafes. Spanish beers are lightly coloured with a soft taste and regularly served at an almost icy temperature.
Spanish liquors are worth mentioning as well. The brandy is often produced in Andalusia while ‘Orujo’ is produced all over the country. This has given head to the famous “Queimadas Gallegas” made with dry herbs, cherries or honey. The anise liquor, the Navarran “pacharán” made with prunes, or the fruit liquors and the Asturian (apple)ciders are the most appreciated kinds of liquors. 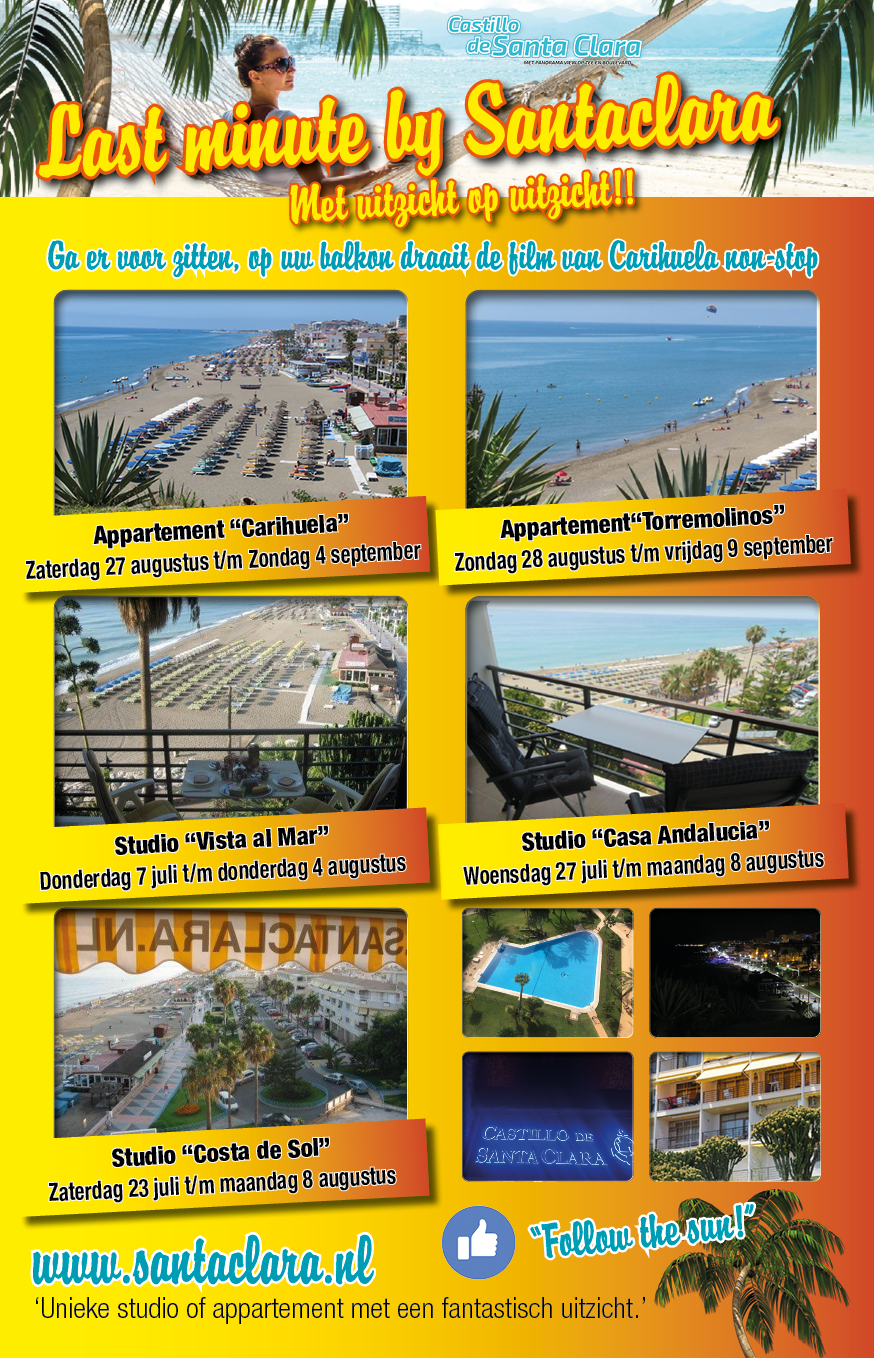 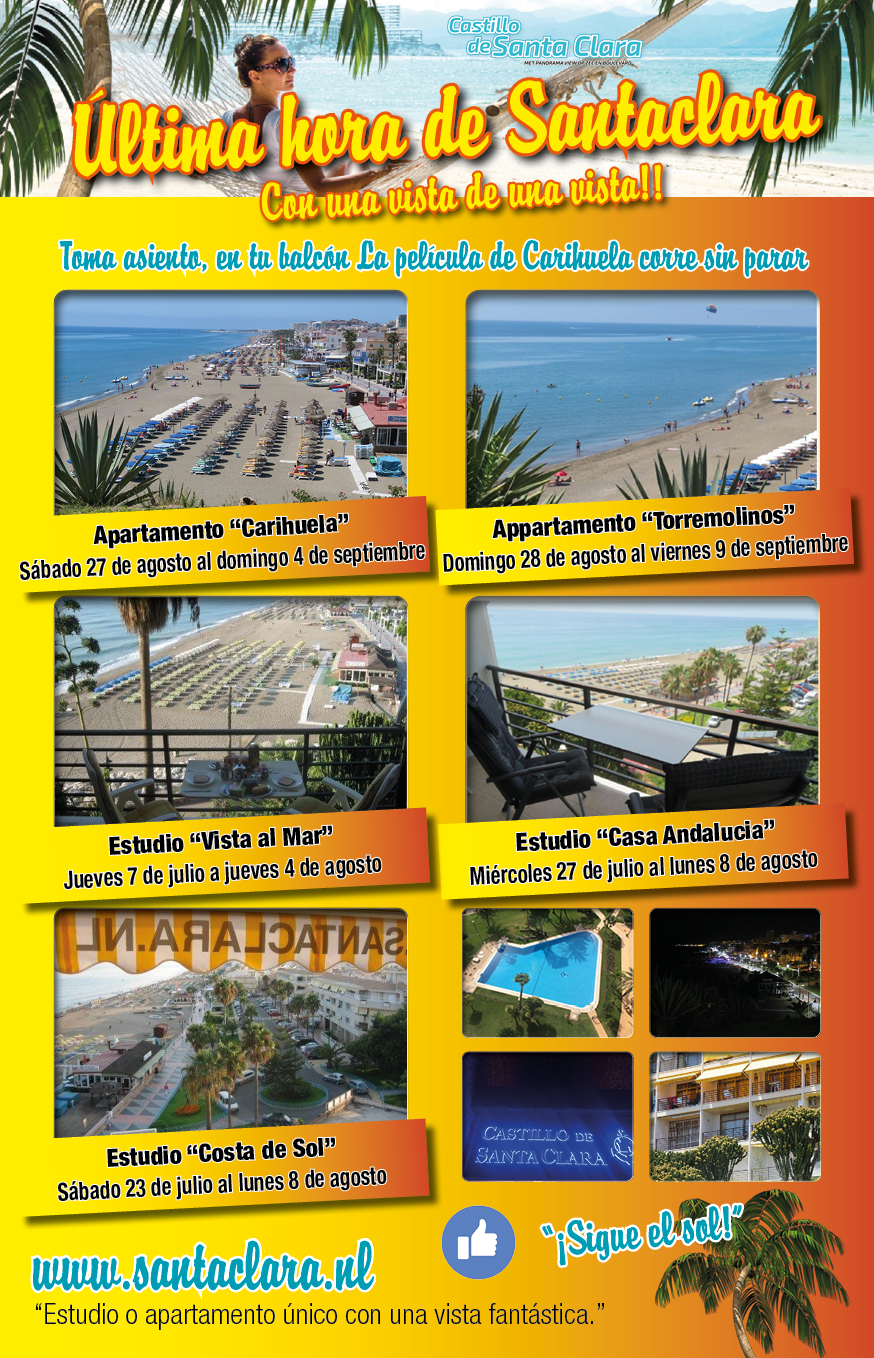 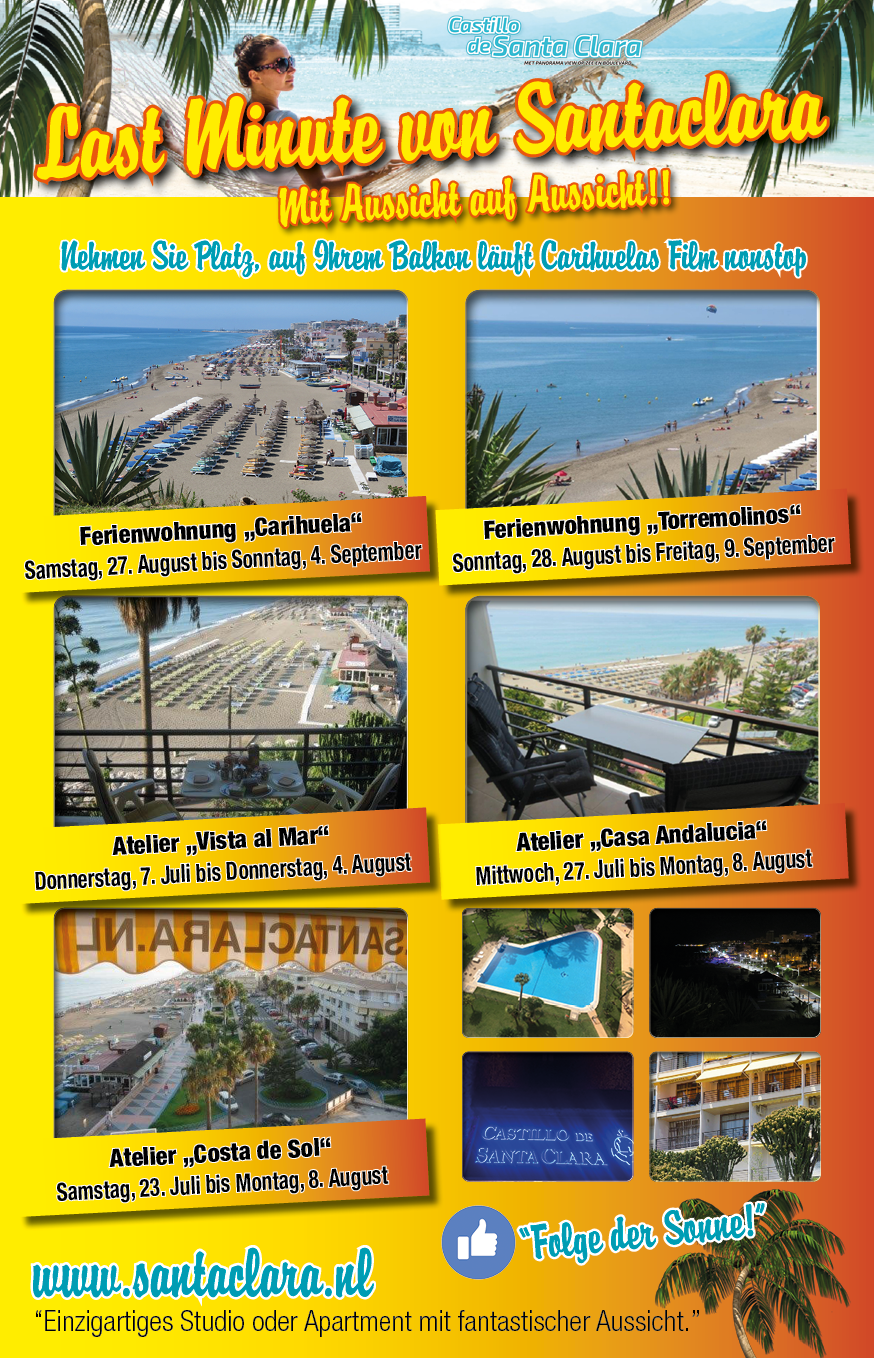 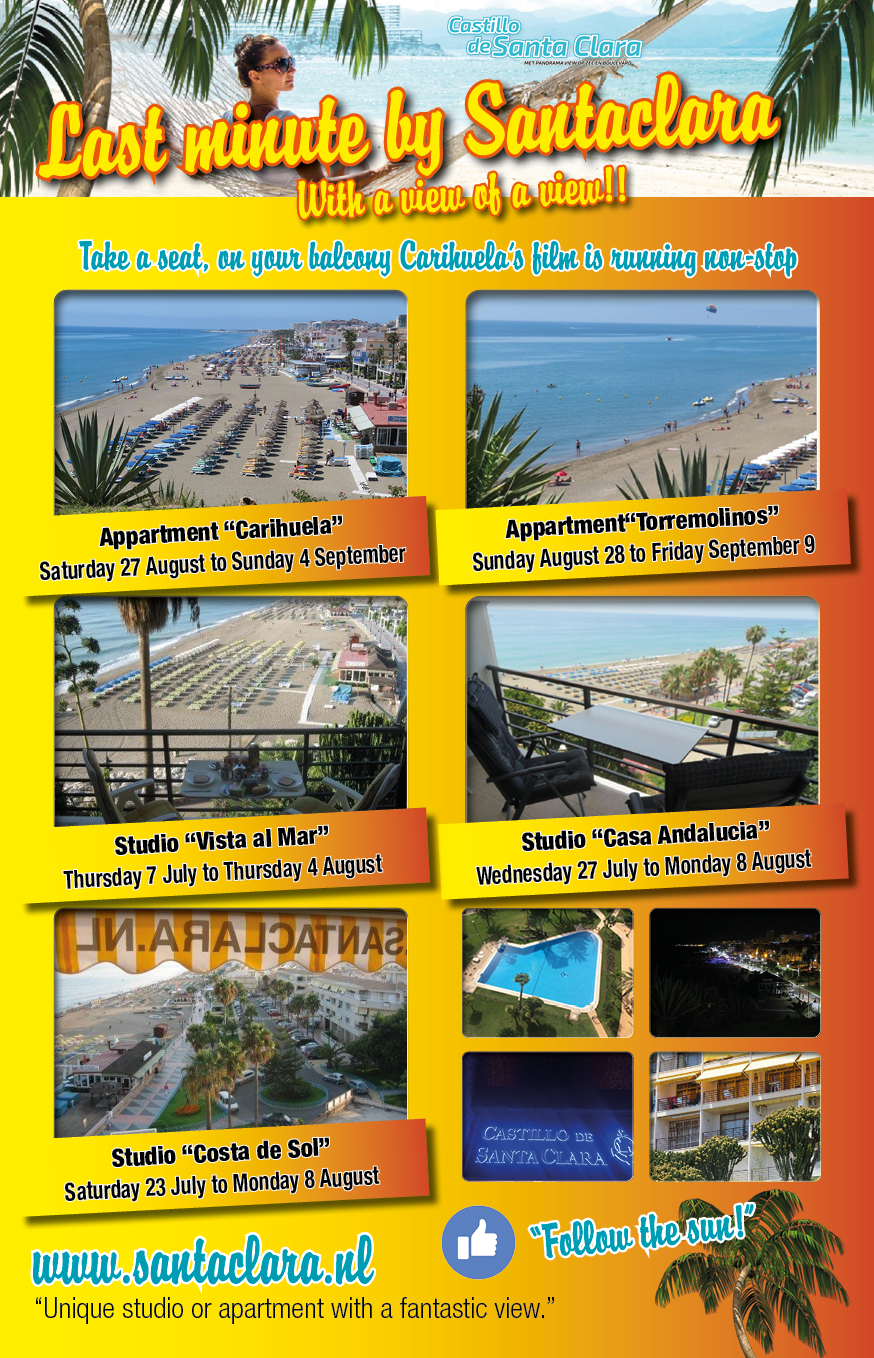